‘Candidatus Liberibacter solanacearum’ (Lso) is an emerging phytopathogenic bacterium that causes significant crop losses worldwide. This bacterium has been identified in association with diseases of several solanaceous crops in the United States and New Zealand, and with carrot and celery crops in several European countries. Five Lso haplotypes (LsoA, LsoB, LsoC, LsoD, and LsoE) have now been described worldwide. In France, symptoms of Lso were observed on plants of the Apiaceae family in several regions. One hundred and ninety-two samples of apiaceous plants were collected from 2012 to 2016 in different geographical regions and were tested for the occurrence of Lso by real-time PCR assay. In addition to carrot and celery, Lso was detected in four other apiaceous crops: chervil, fennel, parsley, and parsnip. These new findings suggest that Lso has a wider natural host range within the Apiaceae family than expected. To identify the Lso haplotypes present in France, we sequenced and analyzed the 16S rRNA gene and the 50S ribosomal protein rpIJ–rpIL gene region from a representative bacterial collection of 44 Lso-positive samples. Our SNP analysis revealed the occurrence of two distinct bacterial lineages that correspond to haplotypes D and E. Then, we assessed the phylogenetic relationships between strains isolated from France and a worldwide collection of Lso isolates by using the rpIJ-rpIL gene region sequences. The neighbor-joining tree constructed delineated five clusters corresponding to the five Lso haplotypes, with LsoD and LsoE being closely related phylogenetically. Altogether, the data presented here constitute a first step toward a better understanding of the genetic diversity among Lso haplotypes in France, and provide new insights into the host range of this emerging bacterial species.

This work has received funding from the European Union’s Horizon 2020 research and innovation program under grant agreement No 635646, POnTE (Pest Organisms Threatening Europe). 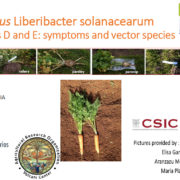 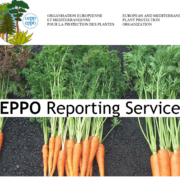 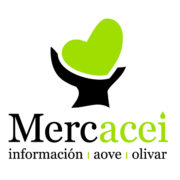 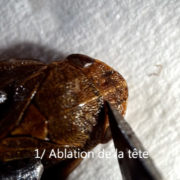 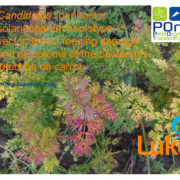 Ponte ProjectThis special issue of #ponteprojecteu newsletter is dedicated to the dissemination material realized on… https://t.co/IyzdmdX5HV2 years ago 6 9
A course on detection of Xylella fastidiosa from plant material organised by...

Ongoing research on Xylella in Apulia presented by M. Morelli at the University...
Scroll to top