You are here: Home1 / CONFERENCES2 / A workshop organized by CITOLIVA presented POnTE Project to the Spanish... 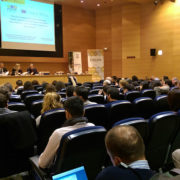 The Olive Oil and Olive Farming Technological Center, CITOLIVA, organized last 14th December in Madrid a presentation workshop of the European Project POnTE which, under the title “Plagues threatening Europe”, addresses, among others, the latest advances in the fight against ‘Xylella fastidiosa’ which has recently regained prominence due to the confirmation in Spain of the first cases of the Balearic Islands. In addition, it will study the bacterium Candidatus Liberibacter solanacearum, which infects horticultural crops, and the fungi Hymenoscyphus fraxineus and Phytophthora, which affect forest species.

The day was inaugurated by the general director from CITOLIVA, Cristina de Toro, who highlighted the participation of the Spanish partners in the project and gave way to Jose María Cobos of the General Subdirectorate of Vegetable and Forest Health from the Ministry of Agriculture, Fisheries, Food and Environment (MAPAMA), which detailed the Contingency Plan for Xylella fastidiosa in Spain in compliance with Decision 2015/789/EU, which obliged all Member States to draw up a Contingency Plan for the bacterium before 31 December 2016.

The event, held at the MAPAMA facilities, was attended by around 100 people and had renowned researchers from the project, including the coordinator, Donato Boscia, from the Italian CNR-IPSP.

Further information (in Spanish) on the event is available at this link. The presentations of the conference have been made available by Junta de Andalucia.es at this link. 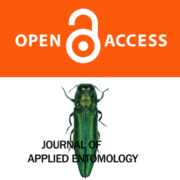 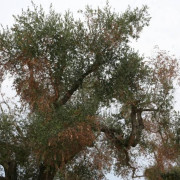 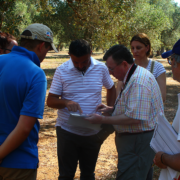 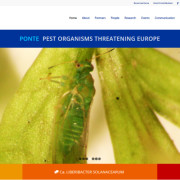