You are here: Home1 / PRESS REVIEW2 / MICROBE POST | On the Horizon: Xylella fastidiosa 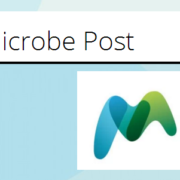 It’s not just humans and animals that are affected by emerging diseases. In this latest addition to the On the Horizon series, we learn about a poorly understood bacterium that causes significant hardships to farmers across the world.

The Apulia region, a thin strip of southeast Italy that stretches out into the Ionian and Adriatic Seas, is home to millions of olive trees, some of which are over a thousand years old. Around 2010, some of these ageing trees began showing signs of serious disease, with scorched and dying leaves. By 2013, over 8,000 hectares had been affected. Researchers showed that these plants were infected by a bacterial pathogen that hadn’t previously been detected in the European Union: Xylella fastidiosa.

X. fastidiosa is transmitted through the bites of insects that feed on the sap within a plant’s water transport network. Once infected, the bacteria colonise this system of tubes, known as xylem, forming biofilms that prevent water and nutrients travelling from the roots to the leaves, sometimes killing the plant.

While only recently discovered in the EU, X. fastidiosa is by no means an unknown quantity. In 1892, the plant pathologist Newton Pierce first described a mysterious disease that destroyed vast swathes of grape vines in Southern California, USA; it wasn’t until the 1970s that a bacterium was identified as the causative agent of ‘Pierce’s Disease’. Severe X. fastidiosa outbreaks have also been described in Brazilian coffee and citrus plantations. In the 1990s, an estimated 6 million citrus trees had to be destroyed in Brazil each year due to ‘Citrus variegated chlorosis’.

However, despite being identified several decades ago, there’s still a lot we need to learn about X. fastidiosa. For example, the bacterium appears to have the ability to infect hundreds of plant species, yet only causes disease in a handful – and nobody really knows why.

Much of what we do know was found out in the 21st century, driven by recent outbreaks in Brazil and the US. In 2000, the bacterium became the first plant pathogen to have its genome sequenced, by a team in Brazil. X. fastidiosa is the sole member of the Xylella genus and is divided into a number of subspecies. X. fastidiosa ssp. pauca is the subspecies currently infecting olive trees in Italy, while X. fastidiosa ssp. fastidiosa causes disease in American grapes.

“There’s a lot missing from a microbiology perspective,” explains Rodrigo Almeida, an Associate Professor at the University of California, Berkeley. “To me, the most important question is that we don’t know what drives host specificity.”

“In Brazil, you can have an orange grove and a coffee plantation separated literally by a dirt road. The bacterial genotype infecting the coffee plants won’t infect the citrus plants and vice versa, despite the fact that they share insect vectors and occur in such close proximity.”

Also, out of the huge number of insect species known to feed on plant xylem, only a few have been laboratory confirmed as vectors that spread the disease, although all should be considered until proven otherwise. Regardless, it seems that control of this disease should be relatively straightforward – insecticide use should kill the vector, breaking the chain of infection. However, as with other emerging diseases, the devil is in the details.

Rodrigo explains: “In Southern California we had an epidemic in the late 90s. In this case, removal of [afflicted] plants and suppression of an invasive vector species is what keeps the disease at bay today. In Northern California, the ecology is very different – the endemic insect population is low, but these vectors are very efficient, so very few individuals in a vineyard can cause a lot of problems. To suppress an already low population down to one that’s low enough for disease control means you have to spray all the time and be very aggressive – it’s not cost effective or legal.

“California is a relatively big area, but ultimately it’s the same state, with the same pathogen and the same host – in this case grapevines. The epidemiology is completely different; managing both areas in the same way wouldn’t work.”

In Italy, EU directed control methods for the current olive tree Xylella outbreak revolve around containment, and include: the prevention of the movement of plants from the region; insect control; and the culling of infected trees. These methods were initially halted due to local political protest, but were upheld by the European Court of Justice in May this year.

But how did the bacterium get to Southern Italy in the first place? The current thinking is that infected plant material from Central America – potentially Costa Rica – is the cause. Infected ornamental coffee plants have been intercepted near Paris, in Northern Italy and in the Netherlands. In response, the EU has since banned the importation of these plants from Costa Rica and Honduras.

These efforts might have come too late. In October 2015, X. fastidiosa was identified on the French island of Corsica, then on the mainland on the Côte d’Azur. However, this latest discovery is a different subspecies to that in Italy, suggesting that it was an independent introduction.

Indeed, Rodrigo believes there’s a strong possibility that Xylella has been introduced into France many times, but, for whatever reason, it never took hold. He even suggests that it could have been introduced as far back as 1863, when the root-feeding Phylloxera insect decimated grapevines in the country. American rootstocks resistant to Phylloxera were grafted on to French vines to solve the problem.

“It’s expected that there was a lot of Xylella-infected material brought over to France, but for some reason the disease never took off. In grapes, Xylella doesn’t like the cold and plants can recover from infection. We don’t really understand it, but it seems like French winters are just too cold for the specific group of X. fastidiosa that colonises grapevines in the USA.”

While Xylella remains a relatively obscure emerging pathogen, and given that it infects food crops associated with the trappings of the middle classes – olive oil, orange juice, coffee and wine, for example – it might be easy to dismiss it as one of lower importance, particular when compared to others that cause serious human diseases. Rodrigo disagrees:

“If you go to Southern Italy, the bulk of their economy depends on olives for oil and tourism. In addition, olive trees are a central component of Apulian culture and history. In Brazil and Costa Rica you’ve got the same thing – for those working on the farms the coffee you’re drinking every morning means they have a job.

“You might be able to get away without having your morning juice, but the economy of a large part of São Paulo State depends on the citrus industry. These products might be considered high-end, but for the people actually producing them, and the communities around them, it’s actually very different.”

We’ve come a long way since Newton Pierce was the first to study and describe a X. fastidiosa-caused outbreak, but there remains so much we don’t know about the pathogen. Why, for example, does it cause disease in some plants and not others? What role do environmental factors play in infection?

“I wouldn’t say that [Xylella] is anywhere close to being a well-categorised plant pathogen, but it’s not an obscure bug anymore,” Rodrigo explains. “We’re still at the beginning, but it’s not as bad as it was a decade ago.” 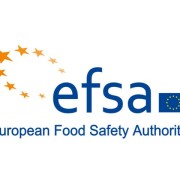 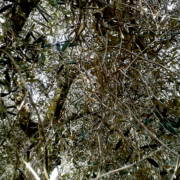 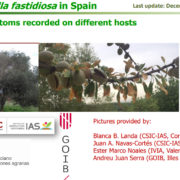 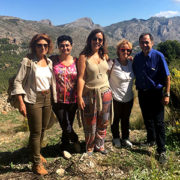 Xylella: what you need to know? A factsheet released online by the English National Farmers Union 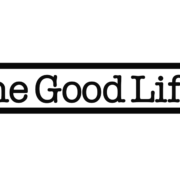 Ponte ProjectThis special issue of #ponteprojecteu newsletter is dedicated to the dissemination material realized on… https://t.co/IyzdmdX5HV2 years ago 6 9
Transmission of Xylella fastidiosa to grapevine by the meadow spittlebug

Xylella will be a major topic at the XVIII Congress of the Spanish Society of...
Scroll to top